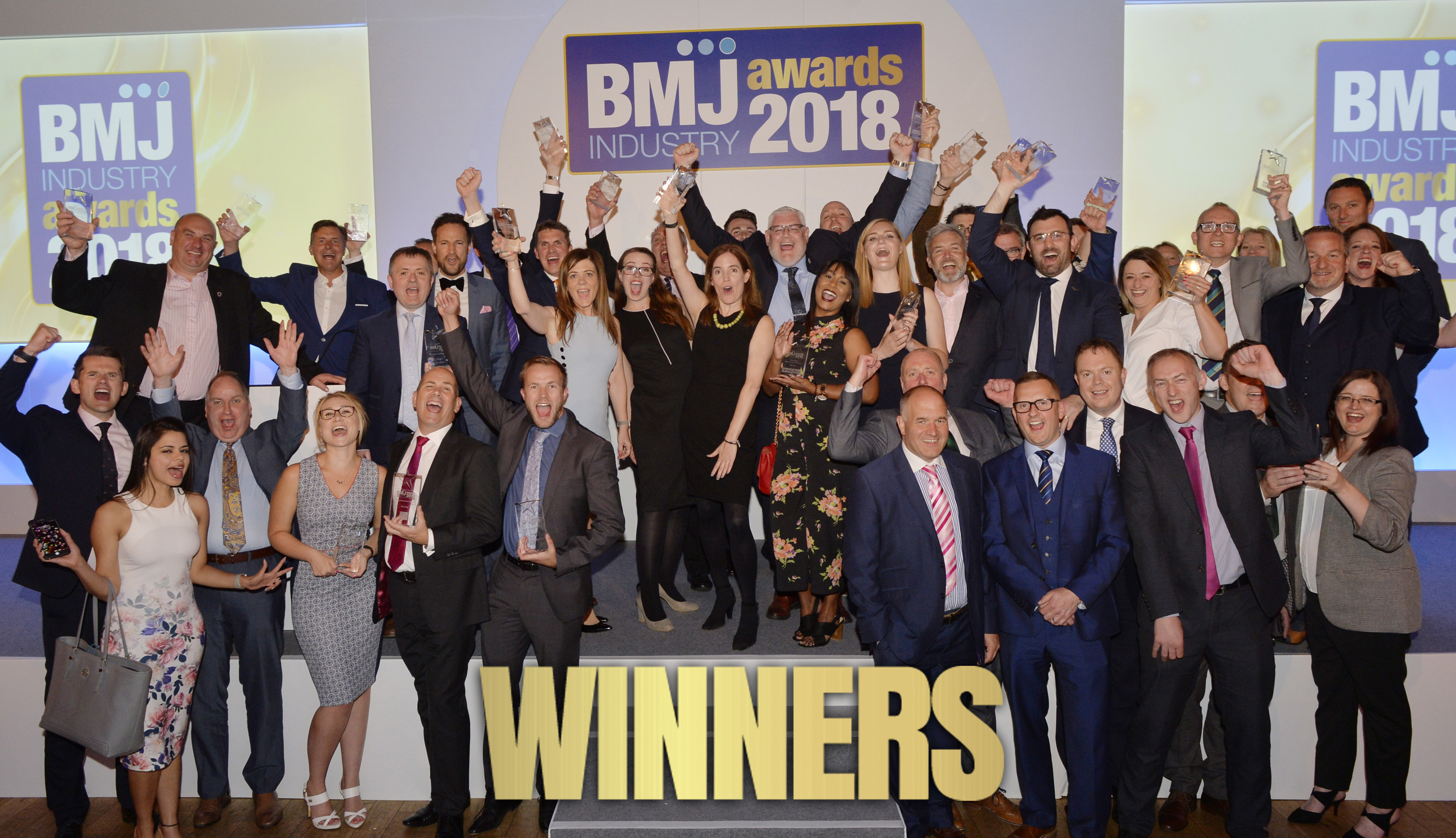 The very best from across the builders’ merchants sector gathered at The Brewery, London on Friday 18 May to find out who would be among the first to receive a coveted accolade at the inaugural BMJ Industry Awards.

Builders Merchants Journal editor-in-chief Fiona Russell-Horne opened the ceremony saying: “We launched the BMJ Industry Awards to laud, celebrate and applaud the achievements, dedication and sheer hard work that goes into making you the very best at what you do.”

Hosting the afternoon’s proceedings was journalist, TV and radio presenter Claudia Winkleman, who took the reins to reveal who the industry had chosen to be their rightful winners in the groundbreaking awards scheme – which was decided entirely by a secure online vote.

Best Bathroom Brand was awarded to Lakes Bathrooms, Keylite Roof Windows picked up the award for Best Roofing Brand while Claygate Distribution Ltd seized the top spot in the Best Distributor Brand category and Worcester Bosch beat out the competition to be the Best Heating Brand.

The awards ceremony closed with the categories designed to recognise the outstanding efforts of individuals that help to make the sector such a success.

The final award of the afternoon – the coveted Industry Personality award – was bestowed upon Andy Williamson of IKO PLC.

Whilst enjoying an afternoon of celebration and networking, guests also gave generously in a charity fundraiser, carried out on behalf of CRASH – the industry charity for the homeless – and MIND, the mental health charity. The full amount raised by the generous donations of the BMJ Industry Awards guests will be revealed shortly.

Following the success of the event, Russell-Horne noted: “It’s been a wonderful celebration. The competition out there is fierce, so huge congratulations to our winners and everyone that made it to the final.”

“This event only happened because of a lot of hard work, and because of the participation and generous support of our sponsors; ACO, BA Clic, H+H, Hanson, Knauf Insulation, JG Speedfit, Lakes Bathrooms, Marsh Industries, Marshalls, Stonemarket and Stelrad.”

For more information on the BMJ Industry Awards and to view the full gallery from the afternoon’s ceremony, visit www.bmjindustryawards.co.uk.